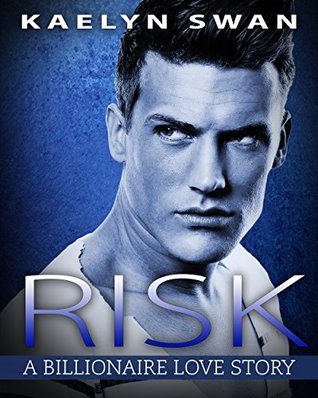 by Kaelyn Swan
My rating: 4 of 5 stars
This was a really nice read for me. Each time I read something from this author it seems that she has found a way to make me happy with a straight romance. The development of the characters is nice because it is gradual and not thrown at you in a lump. The character of Deborah is a little less clear than some of the others but that may be because I was trying to figure out why she would be the way she was. The book is well organized and flows perfectly because of the fact that the chapters are broken up into the voices of the mains as it goes forward. The language can seem a bit awkward sometimes but it still works to keep you interested in who these people are and where they come from.

Deborah Klein grew up in the foster care system and has finally formed a family of the kids she met within it. Aidan Price was born with everything a person could desire but has never been content or found happiness. Both have been damaged emotionally by their experiences growing up and cannot connect fully with those around them.

Deborah pulled herself up and is now a financial adviser in a prestigious firm and on track to be made a partner. Aidan is a playboy who has more money than sense and is being pushed by a sister who loves him to think about the future.These two come together at a time that is stressful for Deborah and gives Aidan a reason to care about something other than pleasure and oblivion. Can two so different people really find happiness?

I found that I liked that the sex they had here was ‘safe sex’, it is not often that you have a mention of a condom being used in any book. This was a good thing to have pop up and can remind you what should be done. I enjoyed this because there was a little danger, hurt feelings, remorse, and greed to stand between them all. I really wanted this to go on a bit more so I could see what would happen. Romance lovers will be happy with this! 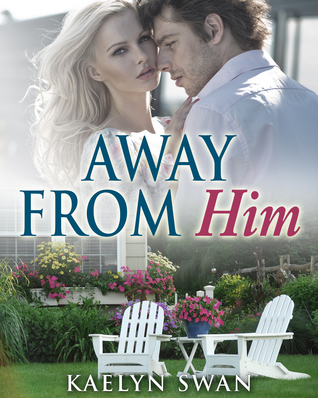 by Kaelyn Swan
My rating: 4 of 5 stars
I was immediately drawn into this story, though it was partly because I took an instant dislike to the heroine because she seemed like such a wuss. The story is really nice and moves along a quick pace that has you anxious to see where things are going. The characters are well written and give you the sense that they are people who you might actually know in your life.

Melanie wants nothing more than to live a peaceful existence where she can teach her yoga classes and avoid conflict. It would have been much easier to do if she had not signed up to help people with anger management issues.

Billy Styles is a very successful criminal attorney who has anger management issues. He knows he has them and does not feel that there is anything that can help him. He seems to be right since Melanie is not the first person they have sent him to for help.

When Billy and Melanie meet things will never be the same for either of them. Melanie’s perfect world is thrown off course because she wants to help him but her over optimistic view of life makes him cringe. Melanie does not like messy and Billy is as messy as it gets because he is good at his job, which means he sometimes gets criminals off. They will have to find a way to bridge their differences before they can move forward.

The story made me feel good even if I did not like Melanie at first. She seemed to be a bit of a phony at first, then I just thought she was mentally unbalanced, but she turned out to be just misguided. Billy had a hard life which had shaped him into the angry man he would become and that he would have to temper in order to find the love he always wanted. Definitely worth a read!

“Really? Only one class and you’re ready to kick him out?” the woman on the other end of the line inquired. “I’m sorry, that’s not why I was calling,” Melanie said swiftly. “I’m calling because I wanted to know a little bit more about Mr. Styles, to see if there is a more efficient way that I can help him.” “Mr. Styles has been through three anger management courses and one Hugs for Healing program in the past two weeks. His attempts at fulfilling the court order with these classes have resulted in two counselors quitting, and several restraining orders.”
― Kaelyn Swan, Away From Him 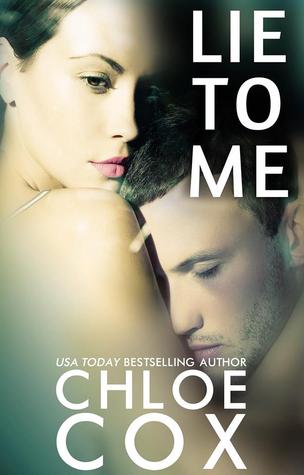 by Chloe Cox
My rating: 5 of 5 stars
I received this as an ARC from the author in exchange for an honest review.

If I could give this more than 5 stars I would gladly do so! Sometimes romances can feel a bit stale or been there done that, it is so not the case here. From the first sentence I was ready for an interesting and engrossing story, which is just what I got. I think for me it was even better because we got to know them as teenagers as well as adults and saw the evolution of their feelings for each other. The bond was so much more than about teen lust, this was forged in tragedy and heartache. An added bonus is that you actually get to hear from both sides in their own voice with chapters devoted to their perspective on the situation as it develops.

Harlow Chase has been in a bad place since the love of her life left her 5 years ago without any explanations and a few texts which stopped abruptly. Though life has been hard she has been dedicated to giving her young brother the best life she can. Harlow is a study in contradictions, she is a fighter who never gives up yet she has all these quirks which make her appear weak. But she truly is a loyal and caring person who will stand by those she loves no matter the consequences.

Marcus Roma never had a happy home life, he attempted to gain acceptance through boxing, a sport that his father always loved. When he saw this young, lanky girl hanging around he spoke to her and an instant attraction was born. He came to love her and would do anything to make her smile or feel safe but there were things happening that he didn’t understand. When he left her to go across the country and work it was with the thought that he would be back for her soon. But now 5 years later he is back, and he knows that if he wants to be in her life again he is going to have to earn the right. A teen who made bad choices has grown into a man who wants to make them right.

Alex Wolfe is Marcus’s godfather and at first glance seems to be a very nice and generous man. But he has a dark side that shows itself as he manipulates Marcus and threatens those he loves. He got Marcus to leave the girl he loved and now wants to assure that it cannot be resurrected. He has targeted Harlow and wants Marcus to be the one to strike the final blow.

Five years ago Harlow was fairly happy with her life, she had her love and the prospect of gaining custody of her younger brother after her parents died. But then her love, Marcus, left without an explanation and she never saw him again until one rainy day as she was trying to catch a bus in New York. With his return she has to not only fight to save her home but fight the love she still feels for the man who abandoned her and left her broken. Can she ever believe or trust him when she asks him to “Lie to Me”?

I knew I was hooked the moment I started talking to the characters, not as crazy as it sounds, and telling them what I thought they should do. This book had me laughing at certain situations, then I was crying with them or for them, but I smiled a great deal also. Marcus and Harlow are a couple I would like to see more of in the future. I would highly recommend this book to anyone who loves a happy ending.